How to keep moby dick happy on long motorcycle rides

The best way I know to introduce this somewhat delicate topic of motorcycle seat discomfort is with an anecdote from the dark, mysterious world of LDRs (long distance riders). 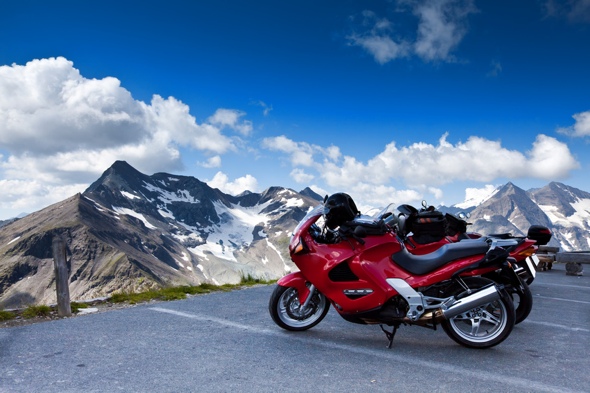 These are the solitary individuals who chose the company of the distant horizon over that of their fellow man, obsessed with putting as much pavement behind them as their stamina and wits allow over a defined period of days or even weeks. Along the way to proving one’s worthiness to compete in the Iron Butt Ride, one may test his mettle by doing a Butt Lite — a mere 6,000 miles in six days — to see if this is his cup of tea.

A female acquaintance who was climbing this ladder to fame had just completed the Butt Lite rally. She confessed to having hit a wall somewhere mid-event, and only by extreme will managed to stick it out to the end. Once showered and changed however, and emboldened perhaps by a little caffeine and a brewski or three, she reflected to a group of fellow competitors that “it hadn’t really been that bad.” Hearing this, one of the guys challenged her to repeat the ordeal but this time do it sitting on her nuts the entire time!

Making the point perhaps a bit crudely, he nevertheless called attention to the fact that there’s more to being comfortable than the basic ergonomics described by handlebar-to-seat-to-footpeg measurements. And indeed there is.

Now that you know where we’re going with this, we’ll refer to the whole syndrome of discomfort ’down there’ (with apologies to Mr. Melville) as moby dick.

Get a real motorcycle

So, how can a person avoid moby dick? Actually, those boring handlebar-to-seat-to-footpeg measurements provide a basic starting point. Check out the photos in any article on long distance ride events and you’ll immediately notice that cruisers and ultra-sport bikes need not apply. You simply can’t ride all day with your weight concentrated on your coccyx (tailbone) or your metacarpals (wrists). The format of choice is either a standard or an adventure-style bike, allowing an upright torso with the feet directly beneath the seat.

Get a good motorcycle seat

An aftermarket saddle is an essential accessory as well, combining foam density and shape (styling be damned) in a way that ensures firm and full support of the gluteus maximus (butt cheeks). In addition — and this is something that yo momma probably won’t mention — it is critical that the seat not be sloped front-to-back in such a way that the pelvis is pitched forward, making ‘snakebite’ unavoidable.

Generally, this isn’t something that shows up in a quick spin around the block. There’s nothing worse than being one hour into a six hour ride and finding you have to clamp the tank between your knees for the rest of the day to keep from rolling forward onto soft parts. I have sent more than one custom saddle back to the manufacturer on this fault alone, simply amazed at the ignorance among purported experts in this underworld.

Next time you are in a bicycle shop, take a peek under any saddle. You’ll notice that in addition to an adjustable seat post, to get the seat-to-pedal distance correct, there is also a simple mechanism for changing the fore-to-aft slant. Hello people! It’s designed that way for a reason. Bicycle saddles also incorporate male and female molds, but you have to read the brochures carefully to get any hint of what the differences might be. In this era of way too much sexuality in common parlance, it’s disappointing to find such a Victorian reluctance to provide practical information.

This is getting uncomfortable…

At last summer’s AMA women’s motorcycling conference in Athens, GA, it was refreshing to hear a frank discussion of preferences in underwear among female LDRs. Some of the well-respected speakers recited brands of their favorite seamless and moisture-wicking skivvies. Making a break from customary modesty, Ardys Kellerman — a grandmother in her 70’s and four-time Iron Butt finisher — delighted the audience by admitting she just wore “old lady bloomers.”

That may not work for you, but I suggest looking for a more comfortable choice than moisture-retaining cotton “tightey-whitey’s.” Purpose-made undershorts incorporating fabric which transports moisture away from the skin are a better choice. Good deals on bottoms and tops can often be found in discount outdoor/recreational catalogs.

Ditch the tight jeans, too. These can be among the worst offenders for having bulky, intrusive seams. Additionally, they shred in a slide on asphalt, and they contain no protective armor. If you’re going to ride, get serious and get real riding pants.

Get powder and use it

Finally, a generous dusting inside your shorts with a proper absorbent powder will set you up for a comfortable day in the saddle. Flash Gordon, M.D. (“Blood, Sweat and Gears”) strongly advises against cornstarch, as it feeds the growth of the very microorganisms which cause jock itch. Amazon sells the genuine Anti-Monkeybutt Powder. It is definitely good stuff.

In a pinch, I find Gold Bond Medicated Powder to be a good substitute. I prefer the ‘maximum strength’ version in the blue container, supposing it contains the greatest amount of cooling menthol. Activated gradually throughout the ride by normal perspiration, this component adds another dimension to comfort. Once, wearing ventilated pants and a liberal dose of this product, I encountered a hard thundershower as I dashed for the night‘s lodging. To my considerable surprise, every bit of cooling menthol was released in an instant by the drenching, and I was still squirming severely as I checked into the motel shortly afterwards. Maybe there can be too much of a good thing.

So there; we’ve covered an overlooked subject in as polite a choice of words as I can manage. Now go out to the garage and take a good look at your saddle… and buy yourself some shorts.

Why do you ride a motorcycle?

5 Steps: How to repair a motorcycle tire

Which motorcycle should I buy?